As a fan of horror movies, I did a quick survey to see what's on the horizon for 2015. Included among the ones that look interesting are the following:

The Woman in Black 2: Angel of Death - I really enjoyed the original movie, based on the novel by British horror writer Susan Hill. Hill has co-written the screenplay for this movie, which occurs forty years after the original haunting when a group of school children are evacuated from the London bombings during World War II. The group takes up residence in Eel Marsh House and soon discovers they are not alone. (Release Date: January 2, 2015)

The Visit - I enjoy the movies of M. Night Shymalan, even if they tend to be uneven in the quality of their scripts and acting. There's always something of interest and some element of newness in his story-telling. The Visit is the story of a brother and sister who are sent to their grandparents’ remote Pennsylvania farm for a week-long trip. The children discover that the elderly couple is involved in something deeply disturbing, and see their chances of returning home diminish each day. (Release Date: September 11, 2015)

There are a number of other horror sequels and re-makes planned for 2015, including the update of the Predator franchise. To see more movies airing in 2015, please click here.

And, speaking of 2015, Happy New Year to everyone reading this blog!
Posted by Michael J. McCann at 00:00 No comments:

Rocky Wood, the president of the Horror Writers Association, died on December 1, 2014, after battling ALS, often referred to as Lou Gehrig's disease, since 2010. If you watch the video of the 2014 Bram Stoker Awards banquet, you will see Rocky Wood in attendance in a wheelchair, remaining, as always, extremely active in support of horror writers in spite of his debilitating illness.


Rocky Wood was considered the foremost authority on Stephen King, and he published extensive research on King, as well as a collection of his previously unpublished works.  He won the Bram Stoker Award for Superior Achievement in Non-Fiction for Stephen King: A Literary Companion. King once commented that Rocky Wood knew his work better than he himself did. In fact, King called upon Rocky Wood's research skills to ensure continuity between The Shining and Doctor Sleep.

Rocky Wood also wrote graphic novels, and he won a Bram Stoker Award for Superior Achievement on a Graphic Novel in 2012 for Witch Hunts: A Graphic History of the Burning Times, which examined the witch hunting phenomenon in Europe and New England.

Lisa Morton, a long-time friend and admirer of Rocky who co-authored his award-winning graphic novel on witch hunts, is the new HWA president. In an open letter to HWA members, she speaks of his kindness, his strong support for women's rights, and his devotion to charities, including his work at local animal shelters. Ms. Morton describes him as a master of organization, who worked tirelessly to encourage young writers and to expand the HWA volunteer base and membership.

The Evil Dead and the Versatile Bruce Campbell

Fans of The Evil Dead cult horror movies will be pleased to learn that there will be a new television series next year called Ash Vs. Evil Dead. Director Sam Raimi, who made the original movie in 1981, followed by Evil Dead II and Army of Darkness, will be the executive producer of the new show, as well as writing and directing its first episode. And, of course, actor Bruce Campbell of Evil Dead movie fame will play Ash Williams in the new series.

My son is a huge fan of cult horror movies, especially The Evil Dead franchise, and was able to get an autograph from Bruce Campbell at this year's ComicCon in Ottawa. Mr. Campbell signed the autograph despite the fact that his booth had technically closed for the day, and he was very kind to my son, who will be a fan of his for life.

I'm currently watching Bruce Campbell in the series Burn Notice, which I bought on DVD. He plays a thoroughly enjoyable character who is ethically-challenged, but always comes through for his friends.

In addition to starring in many cult horror films and co-starring in the Burn Notice television series, the versatile Campbell has had roles in mainstream movies and numerous other television shows, as well as being a voice talent for Disney. And believe it or not, he is an ordained minister who has performed marriages. (Source: Wikipedia)

The Home Child: A New Release from The Plaid Raccoon Press 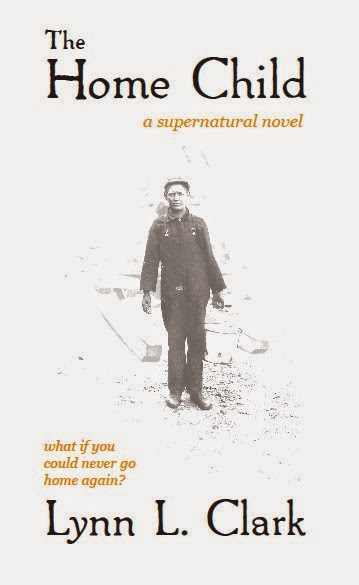 The Plaid Raccoon Press is pleased to announce the publication of The Home Child by Lynn L. Clark. The novel tells the story of Jake Hall, a transplanted city dweller who is trying to adjust to the realities of country life. Jake knows it isn't going to be an easy transition, and he's prepared for major renovations to the old farm house he's purchased. But what he hasn't counted on is finding a former resident still inhabiting the house in spirit form!


Set in eastern Ontario, Canada, against the backdrop of a rural town in transition, the novel combines historical detail and the supernatural in the poignant story of a Scottish home child who wants simply to be reunited with the family he lost so many years ago.

Starting in 1869 and continuing to the mid-twentieth century, approximately 100,000 children were sent to Canada from the United Kingdom. Although the majority of the children were from England, approximately 7,000 children came from the Quarrier orphan homes in Scotland. Organized as a mission of mercy, this child migration was supposed to allow poverty-stricken children to have a better life abroad. But only two per cent of the home children were in fact orphans. Separated from their parents and siblings, many of these children were abused and exploited as a source of cheap labour when they came to Canada.

Lynn L. Clark was born in Woodstock, New Brunswick. She received her B.A. and M.A. from Acadia University in Wolfville, Nova Scotia. Prior to her retirement in 2011, she worked for the federal government in Ottawa, Ontario, Canada. She lives in a small town in eastern Ontario with her husband, crime fiction writer Michael J. McCann. Lynn is currently working on her second supernatural novel.

To read an excerpt from The Home Child, please click here.

The paperback version is available from Amazon.com or Amazon.ca.
The e-book version for your Amazon Kindle is available at http://www.amazon.com/Home-Child-supernatural-novel-ebook/dp/B00QEBQNPK/.
For all other e-readers and devices, please click here: https://www.smashwords.com/books/view/497674.
To enter a Goodreads giveaway for this book, please click here.

Now that Lynn has published her first novel of the supernatural, she has agreed to assume full editorial control of Behind the Walls of Nightmare, which will continue to focus on the horror genre, including topics related to my supernatural thriller, The Ghost Man. Meanwhile, I'll be managing The Overnight Bestseller blog on crime fiction, writing, and other adventures.

Lynn also has a new Goodreads blog, Writing in Retirement, which is available at https://www.goodreads.com/author/show/10057406.Lynn_L_Clark/blog.

Now that it's December, I did some internet research to see what gifts are available for horror lovers. They range from the traditional horror movies, posters, and books to many novelty items, including gargoyle pens, Frankenstein tins with candy, and cracked doll head candles. However, these novelty items tend to be pricey unless there are still some Halloween markdowns out there in cyberspace that you can find.


- Record some of the free offerings on television and make a themed set of horror movies (e.g., killer clowns; exorcisms; haunted houses);


- Give a subscription to a horror magazine or buy a horror-themed calendar;

- Take advantage of sales on t-shirts from printing companies that have no minimum purchase requirement and order a custom-made t-shirt for less (as low as $5-$7.50) with horror graphics downloaded from the internet;

- Visit dollar stores and local flea markets to see if there are horror collectibles that are reasonably priced; or

- Give your own gift certificate for a night of horror movie viewing at your house or a Walking Dead festival (complete with costumes if you're up for it).

If you have some free reading time over the holidays, you might want to download the works of Poe (for free or minimal cost). If you like psychological horror, Shirley Jackson's The Haunting of Hill House is also a natural.