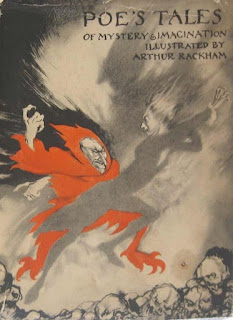 As a recurring theme in  Behind the Walls of Nightmare, I'd like to discuss masters of horror. These are writers who influenced generations of horror writers to come, but whose works are often no longer read. I'll start with Edgar Allan Poe.

Although Poe was much maligned during his  lifetime and immediately following his death at age forty, he is now known for his profound influence on horror, science fiction, and detective fiction. Poe's short stories and poems are in the Gothic tradition, but he goes far beyond Gothic themes and conventions to focus on the psychology of fear: what Poe refers to as “the terror … of the soul”.

Poe is also a master of dramatic irony and first person narrative, which leads to a form of “dawning” horror as the reader uncovers the protagonist's intent prior to the victim. In his short story “The Cask of Amontillado,” the reader discovers with horror as the story unfolds that the narrator Montresor actually intends to "bury" Fortunato alive inside the wall in his cellar. In “The Tell-Tale Heart,” the unreliable narrator tries to convince us of his innocence and sanity while recounting his murder of an old man.

Poe's use of atmosphere and symbolism is also a hallmark of his writing. In his masterpiece “The Fall of the House of Usher,” the house itself becomes alive as a character in the short story, and its decay and destruction goes hand in hand with the spiritual dissolution of its owner, Roderick Usher. In “The Tell-Tale Heart,” the heart which the narrator hears beating beneath the floorboards is a manifestation of his own guilt. In his poem “The Raven”—which many readers may now, for better or for worse, identify with The Simpsons parody in the Halloween special—the bird becomes a personification of loss, sorrow, and premature death, which is a recurrent theme in Poe, frequently associated by critics with the early loss of his own wife to tuberculosis.

Poe's influence on modern horror in literature and films is extensive. In literature, think of such novels as Peter Straub's Ghost Story and Stephen King's The Shining and Pet Sematary, and in films think of the works of Alfred Hitchcock and Roger Corman.

In popular music, Poe's Tales of Mystery and Imagination were the inspiration for the first concept album of the same name by Alan Parsons and Eric Woolfson joining forces as the Alan Parsons Project. Released in 1976, the album featured terrific vocals by Arthur Brown ("The Tell-Tale Heart") and John Miles ("The Cask of Amontillado"), among others.

Poe is also regarded as the father of modern detective fiction through such short stories as “The Murders in the Rue Morgue” and “The Purloined Letter,” which influenced Sir Arthur Conan Doyle and laid the groundwork for subsequent generations of fictional sleuths. Poe's detective Dupin used a technique he referred to as "ratiocination," in which he applied his considerable powers of reason and analysis to the solution of the mysteries. Dare I say that Sherlock Holmes followed in Dupin's footsteps? The annual award to mystery writers of excellence is the Edgar award.

Poe also had a strong influence on science fiction, including the works of H.P. Lovecraft, Jules Verne, and H.G. Wells.

Why I Admire Poe's Work

As a writer of horror, I admire Poe's story-telling skills and the psychology of his stories: the theme of terror as a projection of one's inner fears and turmoil. To my mind, "The Masque of the Red Death" and "The Cask of Amontillado" are two of the greatest horror stories ever written. As allegories that explore our fear of death, the futility of denying our mortality and the terror that waits for us in the dark, they cannot be matched.

If you're interested in [re]acquainting yourself with the works of Poe, there are many Internet sources available. The Edgar Allan Poe Society of Baltimore at http://www.eapoe.org/ has an extensive list of his works, writings on Poe, and related websites. You can also visit http://poestories.com/stories.php to access his short stories and other works.
Posted by Michael J. McCann at 03:00 No comments: 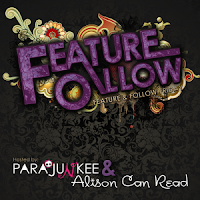 Here at Behind the Walls of Nightmare we're pleased to join the Feature & Follow Blog Hop sponsored by Parajunkee and Alison Can Read. If you're new to this great Friday activity, check out Parajunkee's latest post and find out more here.

This week's featured blogger is Jelly's Insider, who describes herself  as a "professional reader and unprofessional blogger." Check her out!

This week's question: We always talk about books that WE want. Let's turn it on its head. What books have you given other people lately?

I suppose I could mention that I recently gave my wife copies of a number of Stephen King novels because she's working her way through his canon again (I think she may be planning to write a book about his work), but that might seem a little mean of me. I'm not sure I'd have what it takes to plow through 900-page novels myself these days!

A better example might be the Jeffrey Brown books I gave my son for Christmas this year. Tim is a budding illustrator in his own right, and he is a big fan of Jeffrey Brown and his graphic memoirs. Wanting to fill in his collection, he asked for Little Things: A Memoir in Slices, and Funny Misshapen Body.

Brown takes the everyday, mundane things we all encounter in our daily lives and the embarrassment, frustration and confusion we all feel and transforms them into humorous, insightful and reflective works of art. My son was so pleased with his gifts that he contacted Brown, who is now an instructor at a college in the U.S., and told him how inspired he was by these books. Jeffrey Brown was gracious enough to reply (right away!) and offered Tim encouragement for his own career. How great a gift did that turn out to be!!

There's Something in the Fog 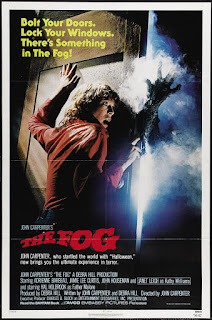 It's hard to believe, but John Carpenter turned 65 this year. He has both delighted and scared generations of movie-goers who grew up watching his films in the 70s and 80s and is now appealing to a new generation, including my son, through DVD releases of his classics. He is noted as the director of Halloween, which started the slasher sub-genre in horror movies, as well as such cult classics as The Thing, The Fog, and Escape from New York, the last two being my personal favorites. Moreover, in an age of multi-million dollar movie budgets, it's amazing that many of Carpenter's most popular movies were made for well below one million dollars. Halloween was produced with a budget of $320,000 while it grossed over $65 million. On the other hand, his big-budget movies were often commercial failures. Carpenter had a budget of $15 million for The Thing, but it was not a commercial success when it was released in 1982, although it is now regarded as a horror classic.

One of my favorite stories of early married life involves Carpenter's The Fog. It was in the early 80s, and my wife and I had just left university and joined the exodus out west to find jobs. We were living in a high-rise apartment building in Calgary and were watching the movie on our portable black and white TV (I think the screen was all of 11 inches). My wife, who is very easy to scare, was watching the scene in which someone (something?) knocks at the door of the lighthouse in which they've taken refuge. If you're a Carpenter fan, you probably remember the sequence: Adrienne Barbeau opens the door, there's nothing there, but then … one of the creatures suddenly lurches forward from the fog. At this point, my wife screamed (rather loudly, I might add).

Once she settled down again, we continued to watch the movie. About ten minutes later, there was a knock at the door. It was Calgary's finest responding to a call that someone heard a woman screaming in distress in the building. After assuring the officer there was no woman in distress, I returned to The Fog, hoping there was nothing else in the fog that would set my wife off again!

What is Carpenter's legacy? Like Hitchcock, he's a master of the still camera and wide angle lenses, and he is adept at setting a tableau: the moment of calm before the horror descends. And like Stephen King, he grew up reading Lovecraft and other horror masters, and he is able to combine elements of horror and science fiction to tell a tale that's downright scary.

Do you have a favorite Carpenter film you'd like to comment on?
Posted by Michael J. McCann at 15:46 No comments:

Welcome to Behind the Walls of Nightmare!

Welcome to my new horror blog, which heralds the publication of the revised and updated edition of my first novel, The Ghost Man.  It is now available for purchase as a KDP Select eBook: just click on the cover image on the right. If you prefer paperbacks, rest assured that the trade paperback edition is on its way.

The Ghost Man is a supernatural thriller that I wrote for my son Tim. He grew up reading ghost stories and watching paranormal television shows. As well, he has an impressive collection of horror DVDs, both the campy kind and those that are downright scary. My son provided ongoing feedback for the first edition of this novel, which was published in 2008. If he liked a scene, he'd tell me “that sounds pretty cool,” and it was sure to survive the cut.

The Ghost Man is set in eastern Ontario. It tells the story of Simon Guthrie, a chef de cuisine and the owner of a popular restaurant that bears his name. His life changes forever in a car accident that kills his wife and leaves him with a serious head injury. While recuperating in the hospital, he tries to make sense of a near-death experience in which he encounters a malevolent presence he cannot identify. Once he's discharged from hospital, he discovers that he's become a beacon for ghosts still trapped in this world. The novel is structured on eight days of his present life in which events come to a head, culminating in his showdown with the malevolent force controlling his destiny and that of his friends and neighbors.

I plan to continue writing horror novels as a separate stream from my crime fiction. In this way I'll be able to draw from a wealth of sources concerning the supernatural and paranormal, including myths and legends, oral story-telling traditions, and modern paranormal investigations. I'll set the horror stories in Canada, which has its own abundance of lore concerning hauntings and the supernatural. As I always say, ghosts can appear anywhere, so why not right around here?

I've set up this blog to talk about horror writing, the themes and writers I admire, and stories of the supernatural culled from various sources that will appeal to lovers of the genre. I'd enjoy hearing from you and would welcome any suggestions you have on subjects for this new blog.

Here's to sharing many good scares together!!!!