Time for a Break

I will be taking a break from my three weekly blogs, The Overnight Bestseller, Open Investigations, and Behind the Walls of Nightmare so I can focus on completing the first novel  in my new Canadian crime series.

Thanks to all of you who continue to follow my blogs. I expect to be back at the end of August with an update on the new series.

I will continue to post reviews as part of the Tribute Books blog tour. Next week's review on The Overnight Bestseller will feature Dianne Ascroft's Dancing Shadows, Tramping Hooves.

Have a great summer, everyone!
Posted by Michael J. McCann at 00:00 No comments:

Now Playing at a Theatre Near You 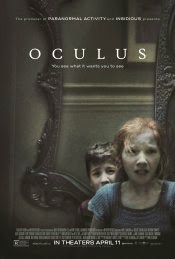 With The Walking Dead consigned to zombie land until next season, you may be looking for a good horror or science fiction movie to watch. Here are some current offerings which may interest you. (I haven't seen any of these so their inclusion in this blog post is not intended as a recommendation.)

One movie that looks pretty scary from the trailer is Oculus, from the creators of Paranormal Activity. The movie is based on the premise that a malevolent supernatural force inhabiting an antique mirror leads to the death of its owners. Mirrors are always an intriguing feature of horror movies in terms of what lies behind the surface of the glass, so you might want to give this movie a look.


The science fiction movie Transcendence starring Johnny Depp plays on the theme of man's quest for immortality and endless knowledge as a plan to create a super intelligence goes badly astray.

And, finally, if you're a fan of the Godzilla movies, a new restoration of the original 1956 Japanese classic is now airing at movie theatres. It is directed by Ishirô Honda, with special effects by the legendary Eiji Tsuburaya, and it has a much darker and more menacing tone than its sequels, imitations, and takeoffs.

A Book that Almost Didn't Get Written


The Guardian has an interesting article on the genesis of Stephen King's first novel, Carrie, on the 40th anniversary of its publication. King talks about the confluence of ideas that made him start writing the novel back in the day when he was still working in a laundry. Of particular interest is the fact that King discarded the opening pages of the novel in frustration and decided not to go any further with it. It was King's wife Tabitha who rescued the pages from the wastebasket, read them, and urged her husband to continue telling the story.

The article also has a section detailing how other horror writers think the novel has influenced the horror genre.

One of the primary joys of Carrie for me – once I get past the astonishing jealousy that it was King's debut published novel, and that he was only 26 when it was published – is the structure. It was the first thing I can remember reading that showed me that a novel didn't simply have to be a linear single narrative. It uses so many different voices and ways of delivering the story that it's almost giddying; and it's astonishing assured and neat to boot.

Book Review of The Terminals by Michael F. Stewart

Behind the Walls of Nightmare is pleased to participate in another Tribute Books blog tour as we welcome Michael F. Stewart, author of The Terminals (Episode 1: Spark). 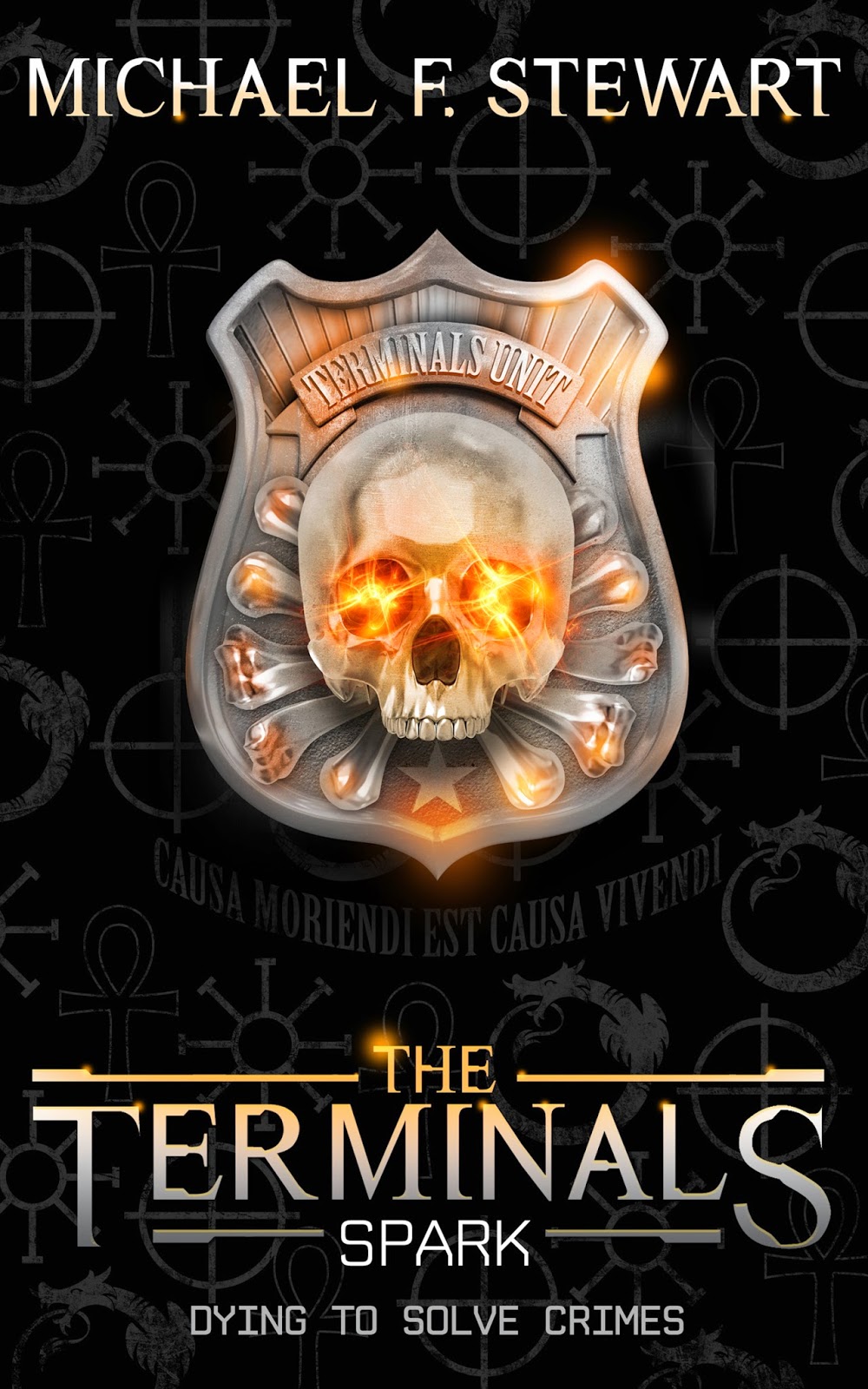 Sometimes the dead don’t want to talk.
You need Terminals to make them.


Terminals solve crimes in this realm by investigating them in the next.

Lt. Col. Christine Kurzow, fresh from a failed suicide attempt after she cost 11 of her soldiers their lives, is recruited into the covert unit of Terminals as a handler. It's an easy sell. If she's really determined to die, it’s a chance to give her death meaning.

But her first case—convincing a monk to chase Hillar the Killer into the afterlife to find the location of a missing bus and the children it carried—has her wondering how to make a dead psychopath talk.

Christine must follow the clues sent back by the shotgun-toting monk, who tracks Hillar through the seven deeps of hell, so she can find eleven kids before it’s too late.

Maybe this time killing a man will give Christine a reason to live.

Michael F. Stewart is the author of the Assured Destruction series, which sprawls across three books, two websites, one blog, seven Twitter accounts, Tumblr, Facebook, and six graphic origin stories. He likes to combine storytelling with technology and pioneered interactive storytelling with Scholastic Canada, Australia and New Zealand’s anti-cyberbullying program Bully For You. He has authored four graphic novels with Oxford University Press Canada’s award-winning Boldprint series. Publications of nonfiction titles on corruption and children’s rights by Rubicon Publishing, as well as early readers with Pearson, are all forthcoming in 2014 and 2015.

For adults, Michael has written The Sand Dragon, a horror about a revenant, prehistoric vampire set in the tar sands; Hurakan, a Mayan-themed thriller which pits the Maya against the MS-13 with a New York family stuck in the middle; 24 Bones, an urban fantasy which draws from Egyptian myth; and The Terminals—a covert government unit which solves crimes in this realm by investigating them in the next. This series has already been optioned for film and television with production rights having been sold to Jim Donovan (Best Director 2013, Canadian Screen Awards) and on to his partners of Sudden Storm Entertainment.

Herder of four daughters, Michael lives to write in Ottawa where he runs free writing workshops for teens and adults.


Our Review of The Terminals

Michael F.Stewart has chosen an intriguing theme for his new series of adult novels entitled The Terminals.  The premise is that those who are dying can be enlisted to solve crimes in this world by connecting with previously departed individuals in the next. (Imagine, for example, being able to communicate with a suicide bomber to learn the targets of future attacks.) The link between the two worlds is the psychic Atilla, who is able to receive information sent back by the terminal. Terminals are carefully chosen based on their religious and spiritual beliefs in order to enter into the realm that the criminal or terrorist inhabits in the next world. In the first episode of The Terminals, the criminal is a vicious killer named Hillar who has been killed in a police shootout after kidnapping a busload of children. The job of the Terminals Unit is to track down the location of the missing children, who are facing death without food and water to sustain them. Chosen as the terminal is Charlie, a monk who is well-versed in Gnosticism, to which the killer adheres, and who must undergo an epic battle with the forces of evil to find out the children's location.

Michael F. Stewart has written a dark thriller that explores the themes of guilt, suicide, illness and suffering, spirituality, and the underlying need for human beings to believe that their lives (and deaths) serve a greater purpose. At the same time he has woven the quest motif and the universal struggle between good and evil into the novel.

The Terminals will appeal to adult readers of speculative fiction.

Best of luck with this imaginative series, Michael!