The Award-Winning Works of Peter Straub

When I first began researching Peter Straub for this series of posts on past Bram Stoker Award winners, I associated him primarily with his 1979 novel Ghost Story. I was surprised to learn just how prolific a writer he is. In fact he has been nominated for and won the Bram Stoker Award many times. His novels The Throat, Mr. X, Lost Boy Lost Girl, In the Night Room, and A Dark Matter received Bram Stoker Awards in the years 1993-2010. His short story collection entitled 5 Stories also received an award in 2007.

He has collaborated with Stephen King in the writing of two novels: The Talisman, which won a World Fantasy Award, and Black House, which was nominated for a Bram Stoker Award. He has also written poetry, novellas, and essays, and has edited numerous anthologies, including Poe's Children.

Straub is particularly adept in writing horror involving past memories and events that shape an individual's future identity, and in the use of the story-within-a-story technique to draw out the fears and confessions of the characters who inhabit his novels.


If you're interested in learning more about Peter Straub and his work, please visit his website at http://www.peterstraub.net/. You'll enjoy his tongue-in-cheek humor as he “answers” FAQs about himself.

Behind the Walls of Nightmare is pleased to showcase the talent of Britain's Luther Bhogal-Jones, who has just released the new short thriller Black Spot. This short film was shot with a 3D camera that was a Christmas gift from his brother, and features a local Brighton cast.

This February the Sussex-based film maker Luther Bhogal-Jones invites you to six minutes of mayhem, delirium and violence in the short roadside thriller Black Spot.


Paul is stranded on a lonely country road when his car fails to start. He walks through a melancholic landscape of missing person posters and floral tributes to roadside deaths, before chancing upon another car, but one which ironically is also broken down. Not only will this car provide Paul with salvation and suffering, but force him to face his own recent past actions and provide him with a potential chance to redeem himself...

Shot on a miniscule budget, with a £28 3D camcorder a little larger than a Blackberry, Black Spot is another short, sharp, shocking ride following the success of Creak, his previous horror short from 2012....

“I’ve always had a love of 3D films even though they’re tarnished with being gimmicky,” explains writer/ director Bhogal-Jones. “The red/cyan 3D imagery is such an iconic image from cinema’s history--as well as related so closely with the world of horror and sci-fi--and I’ve always wanted to make a film with that classic look.”

Three versions of Black Spot are available to view: a 3D version requiring the classic red/cyan 3D glasses; a stereoscopic 3D version for viewing on 3D TVs; and a standard 2D version for those who cannot view the 3D, although Luther recommends a 3D version, as that was the main reason for making the film. To view the film, please visit https://vimeo.com/fasterproductions.

Originally hailing from Sutton-in-Ashfield in Nottinghamshire, Luther Bhogal-Jones has been making films for over half his life. With only a college qualification behind him, he is mostly self taught in film making, learning more with each project he undertakes. His short film Creak, released online in 2012, was extremely well-received by horror bloggers worldwide, leading to the short films Black Spot and Knock Knock (currently shooting).
Luther plans to return to feature films in the near future, with several horror-themed features in development.

Thanks to Luther for providing us with his press release and bio. Best of luck in your future productions!

The Lifetime Achievement of Rick Hautala 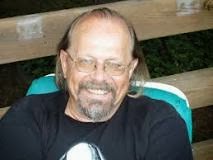 Prior to his premature death in March 2013, Rick Hautala had written over 90 novels and short stories (including four novels under the pen name A.J. Matthews), as well as screenplays. In 2011 he earned a Bram Stoker Lifetime Achievement Award from the Horror Writers Association. His short stories are widely anthologized, and his short story entitled "Knocking" was included in the 1999 Bram Stoker Award-winning anthology, 999: New Stories of Horror and Suspense.

Like his fellow Maine author Stephen King, Hautala is able to imbue the everyday with a sense of underlying threat and horror, and he tackled and gave new life to diverse horror themes from the werewolf to the evil doll. His novel Night Stone was an international bestseller. Another of his extremely popular novels, Little Brothers, tells the story of the "untcigahumk"--hideous forest creatures who feed every five years on human flesh. His short story collection Bedbugs was named by Barnes and Noble as one of the best horror works of 2000.

For more information on Rick Hautala, his works (including those published posthumously), interview links, and a video link to his acceptance speech for the Bram Stoker Lifetime Achievement Award, please click here.

The Southern Maine Community College, where he taught for a number of years, will be hosting a "Celebration of Rick Hautala" on Thursday, March 27, 2014, at 7:00 pm.
Posted by Michael J. McCann at 00:00 No comments: 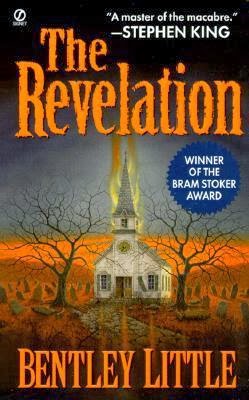 As promised in my last post, I'll be looking at some past Bram Stoker Award winners (in no particular order) over the next two months. This week's post features the prolific novelist and short story writer Bentley Little. I've read only one of his novels, but it stayed with me, and he's definitely on my "to-read more of" list.

Various biographies of Bentley Little point out that he was born a month after his mother attended the world premiere of Psycho. (Is there a horror gene?)

His first novel The Revelation, which he wrote as his M.A. thesis and later published, won the Bram Stoker Award for Best First Novel in 1990. He was also among the Best Novel nominees in 1993 for The Summoning.


In a special issue of Cemetery Dance Magazine devoted to Bentley Little, the author discusses why he enjoys writing horror fiction:

. . . Horror fiction offers an author the broadest possible canvas on which to work. I have all of the real-world subjects at my disposal that a mainstream writer does—plus the infinite realm of the supernatural. Creatively, there's nothing else that comes close to this sort of scope, which is why there is nothing I would rather be than a horror writer.

Little writes in the tradition of Stephen King and Dean Koontz, and he manages to make small towns and seemingly mundane situations (like belonging to a homeowners' association) downright terrifying. Stephen King has described him as "the horror poet laureate".  Little's most recent novel is The Influence, which was published in October 2013.

If you're interested in learning more about Bentley Little and his novels, please visit the Internet Speculative Fiction Database.