If you're planning a vacation and would like to stock up on books--electronic or paper--please consider The Home Child, Fire Whisperer & Circle of Souls: Two Novellas of the Supernatural, and The Accusers. They are reasonably priced and can be read in one or two sittings while you're relaxing on the beach or by the pool.

The Home Child is the story of Jake Hall, a transplanted city dweller trying to adjust to the realities of country life. He knows it isn't going to be an easy transition. He's prepared for major renovations to the old farm house he's bought, but what he hasn't counted on is finding a former resident still inhabiting the house in spirit form! Set in eastern Ontario, Canada, against the backdrop of a rural town in transition, this story combines historical detail and the supernatural in the poignant tale of a home child wanting simply to be reunited with the family he lost so many years ago.

The Accusers - At first glance, Berwick Street is a quiet cul-de-sac: a safe place to raise a family and enjoy retirement. But in the dead of winter when most Berwick Street residents have gone south to escape the bitter cold, there is something evil lurking in the coming snowstorm. A group of followers with specially-honed powers of destruction seeks final retribution for events that occurred more than four hundred years ago. Aided by a teenager with precognitive abilities, an unlikely trio of women - Cassie, an introvert in her twenties, Rebecca, a sixty-five-year-old grandmother, and Mabel, an ailing octogenarian - must face the coming onslaught. Who will prevail?

These books are available through Amazon and other outlets.

Happy reading!
Posted by Michael J. McCann at 00:00 No comments:

Two final recommendations for you if you're interested in TV series on DVD/Blu-Ray: 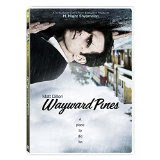 Wayward Pines is based on the novels of Blake Crouch. The pilot was directed by M. Night Shyamalan, and he is one of the executive producers of the series. The inhabitants of Wayward Pines are trapped there by an electrified fence, and any attempt to escape is punished by a public execution known as a "reckoning". This is an offbeat series where what is going on beyond the confines of the small town is gradually revealed to the viewer. (The series reminds me of  Shyamalan's film The Village.)  I've watched only the first season; the second season is currently airing on television. 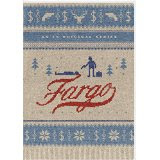 Although Fargo doesn't fit into the horror/science fiction category, it's excellent viewing for those who enjoy black comedy and missed the first two seasons when they aired on television. The series was inspired by the movie Fargo, and the Coen brothers are executive producers of the show. Fargo has won a series of awards and stars an excellent cast.  I was especially impressed by Ted Danson's performance and that of Kirsten Dunst in Season 2.

Continuing with the theme of science fiction/horror series on DVD and Blu-Ray for summer viewing, you might like to check out Falling Skies, a very classy science fiction production with Steven Spielberg as executive producer.  It is a post-apocalyptic drama that follows the resistance mounted by humans against alien invaders who have conquered the earth. The special effects are well-done and the acting is top-notch. Fans of the Star Wars movies will no doubt enjoy this series with its exotic array of extraterrestrials and its classic battles between good and evil.

humans, and artificial intelligence.  Although the series lasted only two seasons, it has a very interesting dual story line and features Halle Berry in the lead role as an astronaut who discovers upon her return to earth that she is pregnant. The series has overtones of the Alien franchise, as well as Spielberg's AI movie.

If you're interested in some summer viewing on DVD or Blu-Ray and didn't catch these series when they were televised, here's a couple of suggestions:

The Leftovers - In the aftermath of the unexplained disappearance of 2 per cent of the world's population, 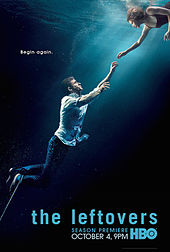 those who were spared must deal with their survivors' guilt and try to go on with their lives while not knowing if or when another such event will occur. Generally, a good cast and intriguing story, although the "Guilty Remnants," who want to inflict as much misery on themselves and others so as not to forget the event, become a bit tiresome after a while.

The 4400 - In this series, 4400 people who have disappeared from earth beginning in 1946 are suddenly returned. Why did they disappear, what changes did they undergo
and what danger do they now pose? These three questions provide the basis for the series. Generally well-acted and suspenseful.


I'll return with some other suggestions in next week's blog.