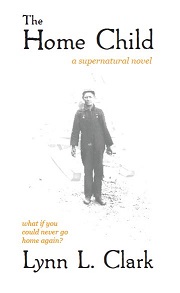 I had the opportunity on Saturday to attend the annual British Home Child event organized by the Eastern Ontario British Home Child Society. I would like to extend a special thanks to Judy Neville, who organized the event in Perth, Ontario, and kindly invited me to read from my first novel, The Home Child. I'd also like to thank my friends Margaret Leroux and Peter Fox, who drove from Kingston to lend their support to me at the event.


If you're not familiar with the story of the British Home Children, the following information might be helpful:

Starting in 1869 and continuing throughout the first half of the twentieth century, children—some as young as six months—were sent to Canada, Australia, and other countries from Great Britain. Known as the British Home Children, approximately 100,000 of these children came to Canada. The majority of children came from the Barnardo orphan homes in England, while 7000 children were sent from the Quarrier orphan homes in Scotland. This child migration was organized as a mission of mercy: a means of allowing these children to have a better life than the poverty they had experienced in their homeland. But only two per cent of these children were actual orphans. They were separated from their parents and siblings and often ended up being exploited as cheap labour and abused in Canada.


My own novel, The Home Child, tells the story of Jake Hall, a transplanted city dweller trying to adjust to the realities of country life. He knows it isn't going to be an easy transition. He's prepared for major renovations to the old farm house he's bought, but what he hasn't counted on is finding a former resident still inhabiting the house in spirit form! Set in eastern Ontario, Canada, against the backdrop of a rural town in transition, this story combines historical detail and the supernatural in the poignant tale of a home child wanting simply to be reunited with the family he lost so many years ago.

Since writing this novel, I've had the privilege of talking to many home child descendants and hearing the stories of their relatives.

Season 2 of Fear the Walking Dead 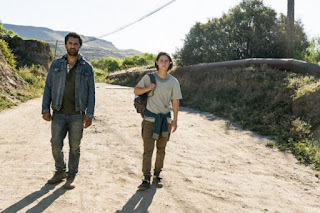 I'm enjoying the second season of Fear the Walking Dead much more than the first. In fact I wasn't sure if there would be a second season. The primary drawback from my point of view was that the first season seemed more like a soap opera focusing primarily on teenage angst in two largely dysfunctional families as opposed to the chaos surrounding them.

Season 2 has more of an outward-looking feel, and the writers have both improved the story line and ramped up the action. They are using the technique, well-developed in The Walking Dead, of separating groups of characters to explore several adventures at once. However, the main difficulty for me in Fear the Walking Dead is that I find the characterization very weak in comparison with TWD. There are so many strong characters in TWD--Rick, Daryl, Glenn, Carol--to name a few, while the new series largely lacks interesting characters. (In fact, I find the two sons Chris and Nick mostly annoying.) In fact the character I like the most is Travis, played by Cliff Curtis, who also starred in the short-lived series Missing with Ashley Judd. Unfortunately, I'm not enamored of the main character Madison Clark, which I find to be overacted and overstated: almost a poor man's Ripley.

But then it's still early in the series and lots of ground to cover. . . .
Posted by Michael J. McCann at 15:47 No comments: