A Real-Life Man in Black 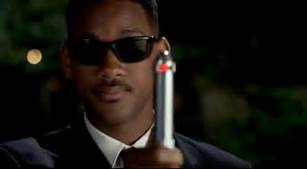 I discovered that Huffington Post has a weird news section which reports on such things as a calf that's a dead ringer for Gene Simmons. Recently the newspaper featured a unique listing from NASA for a planetary protection officer

. . .who would help thwart the spread of extraterrestrial life ― 'intentionally or unintentionally' ― on Earth and to outside solar systems.

'Planetary protection is concerned with the avoidance of organic-constituent and biological contamination in human and robotic space exploration,' the job listing states. That basically means preventing extraterrestrial life forces ― no matter their size ― from spreading during space travel.


There are only two positions like this in the world, the other being with the European Space Agency.
Among the job listing requirements are frequency of travel and proven diplomatic skills in negotiating win-win solutions.

For the job listing itself, see https://www.usajobs.gov/GetJob/ViewDe....

For the full text of the article, see http://www.huffingtonpost.ca/entry/na....

Reprinted from my Goodreads blog.
Posted by Lynn L. Clark at 13:22 No comments: 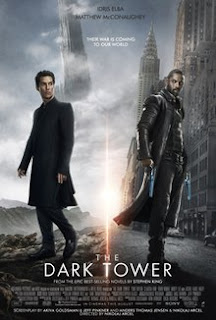 Fans of Stephen King's The Dark Tower series may have mixed feelings about the new film, which has opened to generally negative reviews (Rotten Tomatoes: 18% for critical response, although the audience response is more favourable at 63%).

It is billed as a "science fantasy western" that continues the themes of the Dark Tower novels. Part of the problem may be trying to capture the essence of a series of novels that spans King's writing life. Critics have denounced the plot as incomprehensible and unfaithful to King's novels.

The film features Idris Elba (fans of The Wire will recognize him as the actor who plays Stringer Bell) as Roland, the last of the lone Gunslingers. Matthew McConaughey stars as Walter o'Dim, the Man in Black, an ageless deceiver and sorcerer.

The Dark Tower film has an interesting history. It started production in 2007 and has had three successive directors: J.J. Abrams; Ron Howard; and finally Nikolaj Arcel (with Howard in a production role). A follow-up television series is planned for 2018. (Sources: Wikipedia and Rotten Tomatoes)