Now that this year's Academy Awards show has aired, I thought it might be interesting to look back at horror/suspense films that were nominated for or won Oscars. Maybe you'll spot some of your favorites.

The Exorcist - This movie was nominated for nine awards and was the first horror movie to be nominated for best picture. It won awards for best sound and best screenplay;

Jaws - This Spielberg movie was nominated in various categories, including best picture, and won for best editing, best score, and best sound;

Aliens - This movie, one of the all-time great science fiction films, won for best visual effects and best sound editing;

The Silence of the Lambs - This movie has the distinction of being the first and only horror/suspense movie to win the Oscar for best picture (as well as a slew of other awards);

To see other films of this genre that received a nod from the Academy, please visit http://horror.about.com/od/horrorthem.... 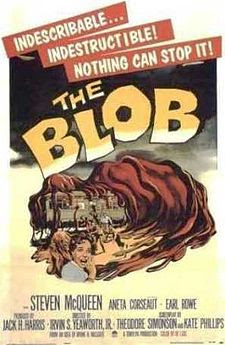 There's an interesting online article about movies, complete with trailers, inspired by real-life events. Some of them I had already heard of. For example, Child's Play was inspired by Robert the Doll, and The Conjuring was based on Annabelle the doll. I've featured both Robert and Annabelle in previous posts. I knew that Psycho was based loosely on convicted killer Ed Gein, but I was not aware of Wes Craven's inspiration for A Nightmare on Elm Street.

If you'd like to check out the article, you'll find the background stories very intriguing.
Posted by Michael J. McCann at 06:29 No comments:

A Break from the Winter Doldrums

HorrorHound Magazine is hosting a horror convention from March 18-20, 2016, in Cincinnati, Ohio, at the Sharonville Convention Center.

Events will include film reunion panels, demos, concerts, stage events, and film screenings. Among the scheduled guests are Scott Wilson, previously of The Walking Dead, and John Noble of Fringe and Sleepy Hollow fame, as well as Danny Lloyd of The Shining (boy, does that ever take me back!). Cassandra Peterson will also be there as Elvira.

As part of the festivities, there will be a tattoo pavilion with renowned artists from around the world.
For further information on obtaining tickets and submitting films, please see theHorrorHound Weekend website.

The Walking Dead Returns on February 14

If you're not really into chocolates, teddy bears, or expensive diamonds as gifts for Valentine's Day, take heart (no pun intended): Part 2 of Season 6 of The Walking Dead will return on this date.

A quick look back at the first part of the season--After being jerked around, Glenn (Steven Yeun) fans can breathe a sigh of relief that, yes, he did manage to crawl under the dumpster and is still alive!

And where the heck is Darryl (Norman Reedus)? He's been almost invisible in Part 1 of the season.

Never fear. As one of the most popular characters in The Walking Dead, we can expect him back in a more fulsome role in Part 2.

Robert Kirkman, comic book creator and executive producer of The Walking Dead, offers a semi-literate explanation of why he likes to kill off characters in the show:


I like to say, ‘people gotsta die,’ because you want people to—you never want to lose that…if you go too long a period with characters surviving and being safe, you lose that element of, ‘Oh my god any of these characters can go at any moment'... 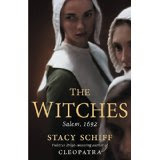 Like many others, I've always been fascinated by the history of witch trials. I'd read two previous books on the Salem trials,  In the Devil's Snare by Mary Beth Norton and A Delusion of Satan by Frances Hill, and I found them to be informative and well-written. I was therefore pleased to see that a new book had been published in October 2015, The Witches: Salem, 1692 by Stacy Schiff, a Pulitzer Prize winning author.

Unfortunately the book has garnered a number of negative reviews, primarily because of its dense narrative style. Ms. Schiff uses extremely long sentences that are often interrupted by parentheses or dashes, forcing you sometimes to re-read them to understand the point the author is making. Moreover, there is no real sense of cohesion in the book, with the author frequently reprising earlier events.

Having said  this, I plan to finish the book, which I'm now halfway through, because I'm enjoying learning more about the trials. It's interesting to know, for example, that prior to the events in Salem, only twenty-five per cent of New England witch trials ended in conviction. That's probably the reason why those who were first accused thought that common sense would prevail and they would be acquitted of the charges.

I've also learned that details of witch trials in Sweden, recorded in contemporary sources available to New Englanders, were often reproduced in the colorful accounts given by the Salem "victims". The accusers in the Swedish trials were children, who later said they had been lying.

What Ms. Schiff does very well in the book is to recreate the chaos of the court proceedings as the young women writh in agony on the floor and accuse the defendants of pinching and biting them even though, as the author points out, some of the accused did not have teeth. The reader can feel the hopelessness and despair of the accused and the horror of their imprisonment in squalid conditions, wearing chains weighing eight pounds. Those of the accused who tried to point out that the victims writhing on the floor might be  "dissembling" were among the first to be hanged. It was a sin, after all, to deny the existence of witches because this was an essential component of everyday life. As Schiff indicates, the element of causality was very strong: if the crops failed or an animal died, there was witchcraft behind it. Otherwise, how else did you make sense of the world? Ironically, the majority of those defendants who admitted to witchcraft were spared from death, and it seems that the more fantastical their confessions were, the more likely they were to be believed.

So if you are interested in learning more about the Salem trials and have a great deal of patience, I think you will enjoy Schiff's book. But remember that this is a carefully researched, textual account of the Salem witch trials. You will need to go to popular fiction if you want to be entertained.
Posted by Michael J. McCann at 00:00 No comments: