Shirley Jackson's We Have Always Lived in the Castle

I have been reading Shirley Jackson lately, enjoying her cadenced prose that with simple words gives immediate insight into the minds of her characters, her ability to create an atmosphere of fear and isolation, and her mastery of psychological horror in the tradition of Poe. I've just finished reading We Have Always Lived in the Castle, the final novel she wrote before her death.

The narrator of the novel is Mary Katherine Blackwood, known as Merricat, and as usual Jackson opens her story with the shock of incongruity as we are drawn into the bizarre world of the Blackwoods:

My name is Mary Katherine Blackwood. I am eighteen years old, and I live with my sister Constance. I have often thought that with any luck at all I could have been born a werewolf....  I dislike washing myself, and dogs, and noise. I like my sister Constance ... and the death-cup mushroom. Everyone else in my family is dead.


Merricat lives with her sister and her uncle Julian  in the huge Blackwood house previously inhabited by her mother and father, brother, and aunt as well. We learn that these members of her family have all been poisoned; Uncle Julian is the only survivor of the poisoning but he is wheelchair-bound and in the depths of dementia. Merricat had been sent to her room for bad behaviour so she was not present at the fatal meal, and Constance did not use the sugar that contained the poison. Constance was arrested for the murders, but subsequently acquitted.

Constance never leaves the house other than to go to the garden, and it is Merricat who must make the twice-weekly trips to town and endure the stares and taunts of the townspeople, who are both fearful and jealous of the remaining Blackwoods and their grand estate. The townspeople become active aggressors later in the novel: during a fire, they loot and destroy almost everything in the house and threaten the lives of the Blackwood girls. The themes of cruelty lurking below the surface of "normal" people and the dangers of mob mentality are strong here, reminiscent of "The Lottery".

I don't want to give away any further details of the story because it is an amazing one. If you enjoy psychological horror, this book is for you.

Email ThisBlogThis!Share to TwitterShare to FacebookShare to Pinterest
Labels: psychological horror, Shirley Jackson, The Lottery, We Have Always Lived in the Castle

If you're beginning to stockpile books for the long, cold winter months, you'll be pleased to know that Amazon has more than 40 pages of horror releases.

Here are a few that caught my eye: 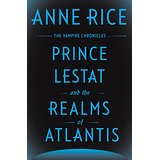 For fans of Anne Rice, her latest novel, Prince Lestat and the Realms of Atlantis:The Vampire Chronicles, will be released on November 29. Here's an excerpt from the book description:

At the novel's center: the vampire Lestat de Lioncourt, hero, leader, inspirer, irresistible force, irrepressible spirit, battling (and ultimately reconciling with) a strange otherworldly form that has somehow taken possession of Lestat's undead body and soul. This ancient and mysterious power and unearthly spirit of vampire lore has all the force, history, and insidious reach of the unknowable Universe.

It is through this spirit, previously considered benign for thousands of vampire years and throughout the Vampire Chronicles, that we come to be told the hypnotic tale of a great sea power of ancient times; a mysterious heaven on earth situated on a boundless continent--and of how and why, and in what manner and with what far-reaching purpose, this force came to build and rule the great legendary empire of centuries ago that thrived in the Atlantic Ocean. 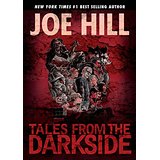 Joe Hill's Tales from the Darkside: Scripts will be released in hardcover on November 22. It features a series of scripts intended for the "never-broadcast 2015 television reboot" and is illustrated by Charles Paul Wilson III (Wraith). 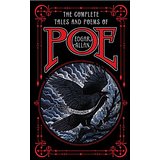 Fans of the master of horror Edgar Allan Poe can look forward to a leatherbound edition of his works being issued by Barnes & Noble at a reasonable price. It will be released on November 28. 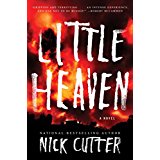 Nick Cutter's Little Heaven will be released on January 10, 2017. Here's an excerpt from the book description:

... a trio of mismatched mercenaries is hired by a young woman for a deceptively simple task: check in on her nephew, who may have been taken against his will to a remote New Mexico backwoods settlement called Little Heaven. Shortly after they arrive, things begin to turn ominous. Stirrings in the woods and over the treetops—the brooding shape of a monolith known as the Black Rock casts its terrible pall. Paranoia and distrust grips the settlement. The escape routes are gradually cut off as events spiral towards madness. Hell—or the closest thing to it—invades Little Heaven. The remaining occupants are forced to take a stand and fight back, but whatever has cast its dark eye on Little Heaven is now marshaling its powers...and it wants them all.


There's an episode of The Twilight Zone series called "It's A Good Life" in which a boy, played by Billy Mumy of Lost in Space fame, is able to read the thoughts of others and to punish all those who aren't in agreement with him so that in effect he is able to control history. (There was in fact a successful parody of this episode in one of The Simpsons Halloween specials with the boy being, of course, Bart Simpson.)

This episode of The Twilight Zone has recently come to mind because of the constant efforts of news media, members of the Republican Party, and supporters/surrogates to reinvent Donald Trump and make him into a palatable presidential candidate. I'm not really sure if it's Trump's threat to sue the media or his ability to bully his opponents into submission that's caused the deference being shown to him. Whatever the reason, we are supposed to forget the wall with Mexico, the ban on Muslim immigrants, the non-release of tax forms because it's none of our business, the storm-trooper mentality toward opponents, and the blatant sexism, racism, and xenophobia of this candidate because, after all, this is The Donald.

To quote the Twilight Zone end narration of "It's A Good Life":

...And if by some strange chance you should run across him, you had best think only good thoughts. Anything less than that is handled at your own risk, because if you do meet [him} ... you can be sure of one thing: you have entered The Twilight Zone.


That's a scary place to be on the eve of the US presidential election. Hopefully, reason will still prevail for the majority of voters.