Of Ghost Ships and Unexplained Disappearances 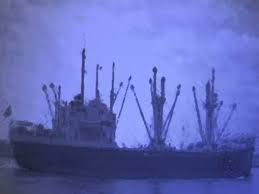 The existence of ghost ships missing their crews but otherwise undisturbed has been the subject of interest and debate, inspiring innumerable horror films and novels. I was amazed to discover, however, in an article in The Guardian that these ghost ships are continuing to haunt the sea even into the 21st century.

Perhaps the most famous of ghost ships is the Mary Celeste. On December 5, 1872, the ship was found drifting in the Strait of Gibraltar. The cargo and personal belongings of the passengers were found intact, but none of its passengers was ever found—dead or alive. The last entry in the ship's log was dated 11 days earlier. Researchers discovered that the Mary Celeste had previously been named the Amazon and had been renamed to discourage superstitious talk about the ship being haunted. (The new name doesn't seem to have helped much!)

In 1921, the Carroll A Deering washed up on a beach in North Carolina. Despite exhaustive investigation by various U.S. Government departments, there was never any official explanation for the disappearance of the crew, although it is commonly thought that they mutinied. Eerily, the next day's meal was being prepared at the time of the ship's abandonment.

The merchant vessel Joyita was discovered abandoned in the Pacific in 1955 with no sign of its 25 passengers and crew members. A subsequent inquiry found that the vessel was in a poor state of repair, but determined that the fate of the passengers and crew was "inexplicable on the evidence submitted at the inquiry".

In 2006 the tanker Jian Seng was discovered off the cost of Queensland, Australia. Its crew was missing, and investigators could not determine the origin of the vessel or its owner. A quantity of rice was found on board the vessel, but there was no sign of human activity or indication that the vessel was being used illegally for poaching, carrying drugs, or people smuggling.

In April 2007 the catamaran Kaz II was found near the Great Barrier Reef. Its sails were up, the engine was running, a meal was set to be eaten, life jackets and survival equipment remained on board, but there was no sign of its three-man crew.

In 2008 the Taiwanese fishing boat Tai Ching 21 was found drifting in the Pacific Ocean near Kiribati. There was evidence of a fire aboard the ship, but no mayday call was received, and a search of 21,000 square miles found no trace of the captain or 28 crew members.

Various reasons have been cited for these disappearances, and in some cases the ships have been in obvious distress, and life rafts have been missing. The most intriguing cases are those involving ships like the Mary Celeste in which nothing appears to be out-of-order . . .and yet the ships are devoid of life.

For the full text of The Guardian article reporting on these various disappearances, see http://www.guardian.co.uk/world/shortcuts/2012/mar/26/ghost-ships-oceans-japanese-boat.

The Subtlety of Good Horror 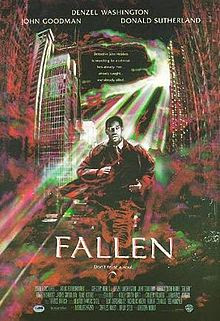 It is interesting to note that films which receive mediocre reviews at the time of their release often, at a later date, come to be viewed as classics. I'm thinking of Stanley Kubrick's The Shining in relation to this statement, but there are many other examples. What is it in a film that has received middling reviews at time of release that makes it appeal to subsequent generations of horror fans? One of the elements for me is the subtlety of its horror. I will go out on a limb here and nominate the 1998 film Fallen as a future classic in the horror genre. Only forty percent of the reviews of this film were positive, but I think it is an unpolished gem in the realm of horror movies. I have seen this film at least three times, and it still sends chills up my back.

The basic premise of the movie is that evil does not die, but instead can be transferred from one carrier to another with the innocent victim's body used as a host. There are no slasher scenes or gore in this film. The horror is conveyed through the senses: the singing of the Stones' “Time Is On My Side” as an indicator of infection, or the chance touch of a stranger on the sidewalk. A passerby or your closest friend is suddenly your enemy.

Email ThisBlogThis!Share to TwitterShare to FacebookShare to Pinterest
Labels: fallen, rolling stones, Stanley Kubrick, the shining, time is on my side

The Haunted Legacy of Alcatraz 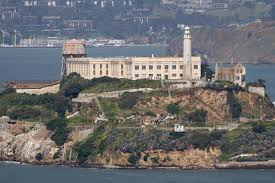 The Spanish first explored the island which was later to house the infamous prison. The name “Alcatraz” is an English adaptation of the Spanish word for “pelicans”. The island passed into U.S. hands with its acquisition of California from Mexico following the Mexican-American War.

In 1850 the U.S. military took over the island of Alcatraz and used it to house long-term prisoners until 1934 when it became too costly to maintain. In 1934 it became a federal prison which was intended as a place of last resort for inmates who were considered troublemakers in other federal penitentiaries. Among the most notorious of its prisoners were the racketeers Al “Scarface” Capone, George “Machine Gun” Kelly, Alvin “Creepy” Karvis, and Arthur “Doc” Barker of the Ma Barker gang.

The prison was intended to be escape-proof. Until it closed in 1963, there were fourteen separate escape attempts by thirty-four men. In almost all cases, the men were killed or recaptured. The last escape attempt was depicted in the 1979 film Escape from Alcatraz starring Clint Eastwood. The fate of the three men involved in the escape was never determined: they were never recaptured and were presumed drowned.

The prison on Alcatraz, often referred to as “The Rock,” was known as a cruel place with its notorious “holes”: a series of cells that were used to punish non-complying inmates by keeping them in complete isolation with minimal or no clothing, bread and water for sustenance, and no toilet facilities—sometimes for up to nineteen days.

Alcatraz was closed as a federal prison in 1963 by Attorney General Robert Kennedy due to the costs of its upkeep and the deterioration of its buildings. It was placed under the National Park Service in 1972, and was opened to the public the following year. Since that time it has become extremely popular as a tourist attraction with regular tours of the facilities.

Alcatraz has captured the popular imagination as the subject of innumerable books and movies, and a television series in 2012.

It has been fifty years since Alcatraz was closed as a prison. To listen to the memories of a former prison guard and a former prisoner, as well as to see photographs, please visit the NPR website at http://www.npr.org/2013/03/31/175847684/living-memories-from-the-last-days-of-alcatraz.

Is Alcatraz haunted? Clanging sounds, footsteps, voices, sobbing, and screams have been reported by both park employees and visitors. Perhaps one of the eeriest stories is the report of the sound of faint banjo music coming from the shower room. Al Capone spent hours strumming his banjo there rather than exercising in the yard and facing assaults by fellow prisoners.

If the evil that men do and the misery they suffer lives after them, Alcatraz is a natural haunting place.