The Horror Writers Association recently announced the recipients of the HWA Scholarships for 2015.

The recipient of the Mary Wollstonecraft Shelley Scholarship established to support underrepresented female horror writers is Thersa Matsuura. Mary Shelley is the author of the classic horror novel Frankenstein.

The recipient of the General Writing Scholarship is Eric Smith, whose work has been featured in horror anthologies.

The recipient of the Poetry Scholarship Award is Michael Tugendhat. I always think of Poe's The Raven when I think of dark poetry and it's good to see that the HWA is keeping this genre alive and well.

Congratulations to the three recipients.

For the article announcing the award recipients, please click here.

Publishing a Book Is an Act of Faith 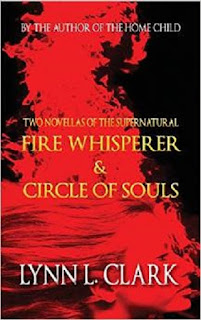 I've discovered that it's very difficult to publish novels and then wait to see if anyone actually reads them, so I'm pleased that my second book, Fire Whisperer & Circle of Souls: Two Novellas of the Supernatural, has been well-received. It's always a battle getting reviews, and I appreciate when readers take the time to post them. One reader even sent me a personal message telling me how much she enjoyed my writing and encouraging me to continue.

Since everyone is now a potential critic, you're never quite sure what to expect from readers. When I published The Home Child, I did a Goodreads giveaway, which involved providing free copies of the book to the winners as well as incurring the significant mailing costs of Canada Post. I received a two-star rating but no review from the first contest winner to post a rating, so not only was I out $20 for the book and mailing costs, but I had no idea why she didn't like the book. (Fortunately, I have received informative reviews since that time.)

I also discovered a few months after the publication of The Home Child that there was an online pirated version of my novel with more than four hundred downloads for which I received no compensation. That money would have gone a long way in paying for future publications.

My point? Publishing a novel is an act of faith and trust.

You need to love writing to keep moving on.
Posted by Michael J. McCann at 00:00 No comments:

Cruisin' with the Dead

Can't get enough of The Walking Dead? Thinking of taking a cruise next winter?

The Norwegian Pearl will sail from Miami to the Bahamas on January 15-18, 2016, for three zombie-filled days of fun on the "Walker-Stalker Cruise". Passengers will be able to interact with cast members from The Walking Dead, including Norman Reedus, Chandler Riggs, and Emily Kinney, get photos and autographs, and attend question and answer sessions. There will be costume contests, theme nights, and lots of other fun.


(Many thanks to my niece Carrie for bringing this article to my attention.)