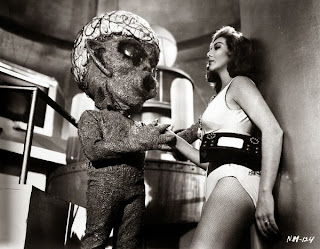 I have been watching some really bad disaster and horror movies lately: ones that are so bad that they're actually fun to watch. Many of them are made in Canada (because of tax breaks), and so Vancouver or Montreal usually doubles as the latest U.S. metropolis facing extinction from a natural or man-made disaster. Sometimes it's even funnier when they forget to edit out Canadian flags or mailboxes.

I've been trying to decide whether it's the dialogue, bad acting, or campy special effects that I enjoy most in these low budget, good bad movies, and I've decided it's one or a combination of all three. In one disaster movie I recently watched, a family is fleeing from a man-made catastrophe that could be classified under "misuse of science". The father is driving, the mother is a passenger in the front, and the teenaged son is in the back seat playing a Gameboy. The kid exclaims something to the effect of "Mom, mom, everyone's getting vaporized". The mother responds: "Play your game, dear".

Of course the stereotypes in the bad disaster/horror movies are also fun: the most obnoxious or incidental character will get killed first. Sullen teenagers will survive and bond with their parents. The pretty lead actress will no doubt survive the gorefest, but her not-as-pretty-and-perky girlfriend will expire. The handsome lead man will also usually survive, unless he is too cocky, in which case he may suffer the same fate as the other expendables in the movie. Women appear to fall down a lot in these movies, just as the bad thing/weather/vapourizer approaches, causing the hero to swoop in like John Wayne ("never mind, little missy") and save the day. And if it's a man-made disaster, there is the good "scientist" trying to get the attention of the POTUS, army, air force, or his ex-wife, while the evil scientist is like Scrooge McDuck, seeing only $$$ in the invention that has gone astray and is destroying the earth, but could nonetheless be profitable if anyone's left to buy it.

And just when I thought they had run out of meteorites, asteroids, space ships, and other stuff falling on the earth, my faith in endless bad movies was renewed. In the most recent one I watched, it was falling plasma destroying the earth, the acting and special effects were terrible, and the hero was a chubby and ordinary-looking video store owner who still managed to save the world!

More popcorn, anyone?
Posted by Michael J. McCann at 00:00 No comments:

Celebrating the 50th Anniversary of Doctor Who 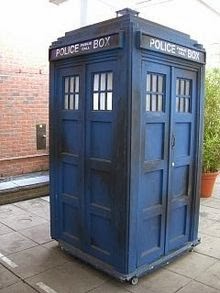 This week marks the 50th anniversary of the first airing of Doctor Who, the BBC's science fiction cult classic.

In honor of the occasion, here is some Doctor Who trivia you might enjoy:

The series was initially conceived as an educational, family-oriented program using time travel to explore science and revisit important moments in history. The historical element was later dropped in favor of the science element.

Among the show's many writers is Douglas Adams, the author of Hitchhiker's Guide to the Galaxy.

There have been eleven main actors portraying Doctor Who (my favorite being Jon Pertwee) with the twelfth slated to take over soon.

The blue police box which is Doctor Who's time travel machine is known by the acronym "TARDIS" (Time and Relative Dimension(s) in Space). These boxes were a common sight in England at the time the series premiered. In 1996, the BBC applied for a trade mark to use the TARDIS blue police box design in Doctor Who merchandising. The Metropolitan Police Authority filed an objection in 1998, but the Patent Office ruled in favor of the BBC.

The acronym TARDIS is recognized as a word in the Oxford English Dictionary, and is commonly used to refer to something larger on the inside than the outside.

For more trivia fun, you can visit the official BBC Doctor Who website and try various quizzes. 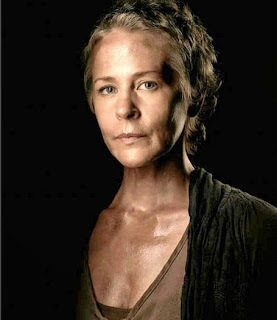 Fans of George Romero's Night of the Living Dead and subsequent films, which owe a huge debt to Richard Matheson's I Am Legend, will recognize his influence on subsequent "zombie" films and specifically on the hit television series The Walking Dead. Like millions of others, I am a fan of the series, and I was surprised to read that Romero regards The Walking Dead as a "soap opera" and declined to become involved in its production. Romero indicates that his zombies were always used for satirical purposes or political criticism, and he sees this missing from the current series.

While I agree that there is an element of soap opera to the series in that viewers get hooked on what's coming next, I think the series is much more than that. For example, I compare the Rick of old, who apologizes to a crawling and mutilated zombie for what has happened to it and kills it as if wanting to end its misery (Season 1, Episode 1, "Days Gone Bye"), to the current Rick, who twice drives away and ignores the pleas of a hitchhiker for refuge and then stops to pick up his backpack after he has been destroyed by walkers (Season 3, Episode 12, "Clear"). I think the series is quite cynical in  regard to its depiction of humanity's capacity to become desensitized to violence in its efforts to survive. (In fact, the most recent episode in which Carol becomes an outcast because she has killed two members of the community  is entitled "Indifference".)

For the text of the article on Romero, please click here.

For an interesting article on Melissa McBride, who plays Carol, please click here.

Email ThisBlogThis!Share to TwitterShare to FacebookShare to Pinterest
Labels: George Romero, I Am Legend, Melissa McBride, Night of the Living Dead, Richard Matheson, The Walking Dead

The Latest from Dean Koontz 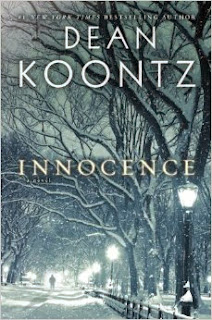 Fans of Dean Koontz will be pleased to learn that his latest novel, Innocence, is scheduled for release on December 10, 2013. It is described as the tale of two exiles who bond together in the face of impending catastrophe, one living "in solitude beneath the city, an exile from society, which will destroy him if he is ever seen." The other lives in seclusion, hiding from enemies "who will do her harm if she is ever found." From the book summary, it sounds similar to Dark Rivers of the Heart, one of my favorite Koontz novels.

Koontz published his most recent Odd Thomas novel, Deeply Odd, in May 2013, and has also recently published a short story entitled Wilderness (October 29, 2013). It is the tale of a young boy raised in an isolated home surrounded by a deep forest, who finds acceptance among the wildlife of the woods until he must confront terror in the wilderness.

If you're interested in other Koontz projects on the go, including a televised series based on his Frankenstein-adapted novels, please click here.