The Accusers: A New Novel by Lynn L. Clark

I'm very pleased to announce that my third novel, The Accusers, is now available on Amazon  in paperback and Kindle format. The e-version for Kobo will be published shortly. 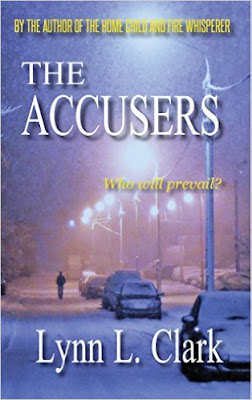 I enjoyed writing this story and, as usual, did background research so that I could blend history and fiction, as in my previous two books, The Home Child and Fire Whisperer and Circle of Souls: Two Novellas of the Supernatural.

What's it about? It's the story of three women and a young boy who stand together against an evil that threatens to consume them, their families, and their neighbours. It's also a tale of how unmitigated hatred and the urge for revenge can destroy ordinary lives. I think this is probably the most suspenseful of the books I've written to date.

This is the back cover blurb:

At first glance, Berwick Street is a quiet cul-de-sac: a safe place to raise a family and enjoy retirement. But in the dead of winter when most Berwick Street residents have already headed south to escape the bitter cold, something evil lurks in the coming snowstorm. A group of followers with specially-honed powers of destruction seeks final retribution for events that occurred more than four hundred years ago!

Aided by a teenager with precognitive abilities, an unlikely trio of women--Cassie, an introvert in her twenties; Rebecca, a sixty-five-year-old grandmother; and Mabel, an ailing octogenarian who has outlived her husband and sons--must face the coming onslaught. WHO WILL PREVAIL?


There will be a Goodreads giveaway in April, and the novel will also be available through the Early Reviewers program on LibraryThing.  More about this in my next post.

Email ThisBlogThis!Share to TwitterShare to FacebookShare to Pinterest
Labels: Clark, Fire Whisperer and Circle of Souls: Two Novellas of the Supernatural, Lynn L, supernatural fiction, The Accusers, The Home Child

From time to time, I like to re-publish posts that attracted a fairly large audience of readers.The following post was originally published on Behind the Walls of Nightmare in August 2013:


Anyone who has ever read or seen horror depictions of clowns can testify to the power of the clown as a figure of malevolence. To me, the clown has always been an ambivalent figure, more tragic than comic, but not usually downright scary. So I was interested to read an article on the history of the clown figure entitled "The History and Psychology of Clowns Being Scary". 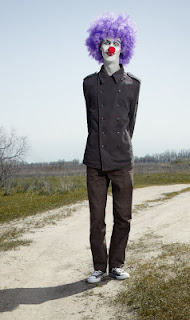 The article traces the history of clowns from pagan times to the present day, noting the early clown was primarily a buffoon or mischievous imp. The image of the "tragic" clown is associated with Joseph Grimaldi in England, who was famous as a comic pantomime player on the London stage, known not only for his painted face but also his extreme physical comedy. Sadly, he had a tragic personal life and was also always in excruciating pain from his performances. His memoirs were edited by Charles Dickens, who did much to reinforce the tragedy behind the clown's mask and the image of an individual who would literally destroy himself to get a laugh.

A "sinister" figure behind the clown's face was Jean-Gaspard Debarau, known as Pierrot and famous for his pantomime and his clown's white face with red lips and black eyebrows. In real life, he killed a boy who ridiculed him, but was acquitted of his murder.

Later, in America, there were "hobo" clowns such as Emmett Kelly, who used slapstick humor for comedy but also expressed the underlying tragedy for the common man of the Great Depression (as did Charlie Chaplin, who isn't mentioned specifically in the article).

The article also references the deranged clown doll in Poltergeist (lampooned in The Simpsons' Halloween special); Stephen King's Pennywise in It; and Heath Ledger's depiction of the Joker, as well as various other permutations of the malevolent clown.

And, all clowning aside, these negative images of clowns have obviously been detrimental to the profession because "in the mid-2000s, articles began popping up in newspapers across the country lamenting the decline of attendees at clown conventions or at clowning workshop courses."

Of course, along the way there were some good clowns: think Bozo the Clown, for example. No, this isn't just a name you call someone who cuts you off in traffic: there actually was a beloved Bozo with his own television show, which most of us who grew up in the 60s watched faithfully.

And, as the Ringley Brothers' talent spotter (and former clown) indicates, "good clowns are always in shortage, and it’s good clowns who keep the art alive".


For the full text of this very engaging article, please click here. 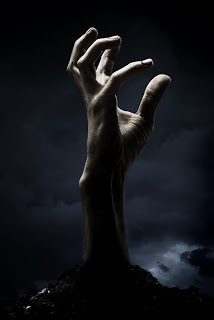 If you're an author looking for an audience, there is some very useful information on the Horror Writers Association (HWA) website on the marketing of horror material, as well how to prepare your submission. The HWA recommends markets that pay five cents per word or more.

There are also extensive links to writing tips.

This information is available to all horror writers, not just HWA members.

Best of luck with your submissions!

The Horror Writers Association has released a list of nominees for this year’s Bram Stoker Awards® to highlight the best of horror fiction for 2015. The nominees are as follows:

Congratulations to all of the nominees!
Posted by Michael J. McCann at 00:00 No comments: