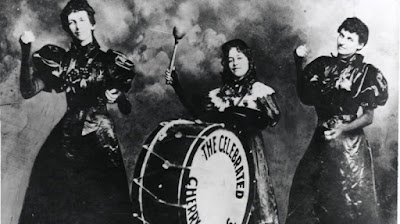 Something in my nature always makes me want to cheer for the underdog so it was with interest that I read an article about the Cherry Sisters on NPR. I had never heard of them before, but apparently they were a vaudeville act in the early 20th century that was synonymous with "bad". According to the NPR article, "[t]heir variety act included original music, bass drum thumping, poetry, mouth harp playing, inspirational recitations, essay reading, fake hypnosis and other artistic expressions. And the audience responded to the whole shebang by hurling vegetables, shouting interjections and behaving rudely." The reviews of their performances were so bad, in fact, that the Cherry Sisters sued some newspapers for defamation.

But, in spite of everything, they continued to draw in audiences, and Oscar Hammerstein himself arranged for their debut performance in New York.

Were the sisters really playing on how bad they were? That's one school of thought--that being really bad was their "hook." The other is that the sisters were naive and actually believed in their talent. As they wrote in response to a particularly scathing review: "Although we have the best act in vaudeville and are the best drawing card on the stage, we have no swelled head, as some others have ... We have had more knocking since we went into the theatrical business than any act in the history of the world."

For the NPR article, please click here.
Posted by Michael J. McCann at 00:00 No comments:

Horror for a Good Cause

Scares that Care! Inc. is a charitable organization that donates its proceeds in support of sick children and their families. It is comprised solely of volunteers.

From July 24 - July 26, 2015, the organization will be hosting a horror convention in Williamsburg, Virginia. Similar to ComicCon, the convention will feature a number of celebrities, as well as vendors, and attendees can dress up as their favorite characters. (Please see the weapons policy.)

There is a full schedule of events including seminars, discussions, author readings, makeup wars, and a filmfest. For the complete schedule, please click here.

If you're a horror fan--and who isn't?--this is an ideal way to support a good cause and have fun doing it!
Posted by Michael J. McCann at 00:00 No comments:

The Enduring Wonder of Alice 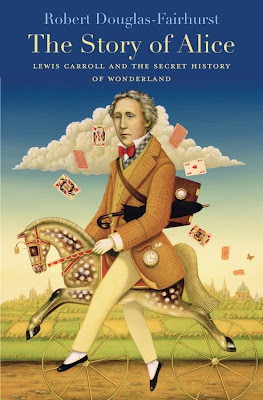 This year marks the 150th anniversary of the publication of Lewis Carroll's Alice's Adventures in Wonderland, which continues to endure in popularity. The Washington Post favorably reviews a new biography of Lewis Carroll entitled The Story of Alice: Lewis Carroll and the Secret History of Wonderland by Robert Douglas-Fairhurst.

The biography sounds like an intriguing and well-written history of Carroll's life and his works.  For example, we learn that Carroll was interested in the paranormal and that he founded the Royal Society for Psychical Research in England.

The book also provides information on Alice Liddell, the child for whom the Alice books were written, as well as tracing the growth of the Alice "industry" since Lewis Carroll's death.

For the full text of the review, please click here.

Douglas-Fairhurst's biography of Carroll is available through Amazon.

Fire Whisperer & Circle of Souls: Two Novellas of the Supernatural 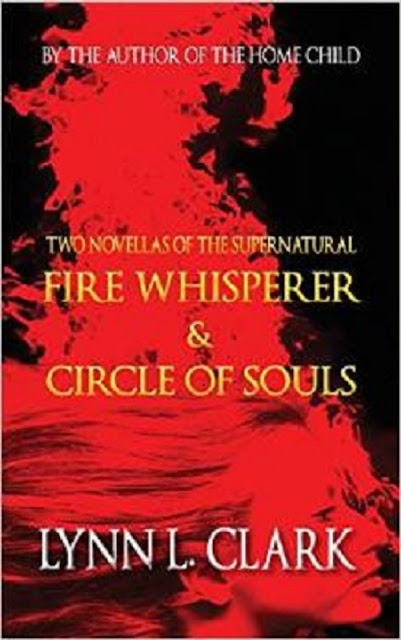 The Plaid Raccoon Press is pleased to announce the publication of Fire Whisperer & Circle of Souls: Two Novellas of the Supernatural  by Lynn L. Clark. It is now in paperback and can be ordered from Amazon.com, and will be available in electronic format very shortly. Like The Home Child, the new book is set in eastern Ontario and is supernatural fiction interwoven with historical details.

Here are brief synopses of the two novellas:


Fire Whisperer & Circle of Souls: Two Novellas of the Supernatural is currently a Goodreads Giveaway and is also listed in the Early Reviewers Program of LibraryThing.

If you are a reviewer of supernatural fiction and would like an electronic copy of the book for review purposes, please send an e-mail request to llclark136@hotmail.com.

Stay tuned for additional updates!
Posted by Michael J. McCann at 00:00 No comments:

A Ghost Town with a Ghost

CBS News reports that the town of Johnsonville, Connecticut, is once again up for sale. The asking price is $2.4 million.

The former mill town was once the hub of the twine industry and a major supplier for the fishing industry and both world wars. With industry growth and competition, however, the mill ceased to operate and the village of Johnsonville was eventually deserted.

In the 1960s the town was purchased by Ray Schmitt, an eccentric millionaire and collector of Victorian memorabilia, who planned to restore Johnsonville as a tourist site, but faced numerous delays, including the mill being struck by lightning, and died in 1998 before he was able to complete the restoration.

The town was eventually purchased in 2001 (prior to the events of 9/11) by a hotel group who wanted to turn it into a residential community for people over the age of 55. The subsequent financial crises and economic recession put an end to these plans, and Johnsonville remains a ghost town.

According to local folklore, this ghost town has its own ghost: supposedly that of Ray Schmitt, "who has remained on the property he worked so hard to develop, unable to put it to rest."

For the full text of the article please click here.