When I first saw a movie poster for The Snowman, I thought it was a Christmas slasher movie. I've done more reading and now realize that it's a movie adaptation of Jo Nesbø's eponymous book. Nesbø is a Norwegian best-selling author known for his Harry Hole detective. The Snowman is the seventh novel in the Harry Hole series.

The main problem, according to the various reviews I've read, is that it does not capture the essence of the original novel and is largely incoherent in terms of its editing and screenplay. The Chicago Tribune also notes that

Among all of this [the incoherencies of the movie] is some truly gruesome imagery, and unimaginable violence, deployed cavalierly, and committed primarily against female victims. Our antihero Hole is himself a bit of a boor, roughing up his female partner to make a point, because he's got to save the day, his way. What a guy. With a perplexing tale and some very odd creative choices, it's so easy to laugh at The Snowman, but this kind of tale shouldn't inspire laughter.


If you've read the original novel, you may still be interested in seeing the movie adaptation with the caveat that it will not live up to its source, according to most of its critics.

Here's the movie trailer.
Posted by Lynn L. Clark at 11:16 No comments:

Just in Time for Halloween: The Serpent 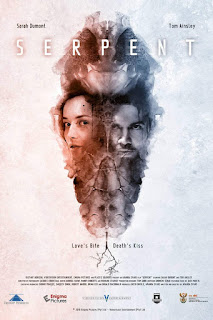 The Serpent, which is to be released on DVD on October 31st, is described as a romantic escape into nature that turns into the ultimate moment of reckoning when a husband and wife are trapped in a tent with a deadly snake. Unable to escape and with certain death looming, the couple find themselves spiraling into a dark and dangerous space of which only one can survive as the tent becomes a heated confessional to a cataclysmic truth.

Judging from the synopsis and the trailer, The Serpent has all the earmarks of a good fright movie: isolation, betrayal, the fight for survival, and, in this case, an evil villain that is literally a snake.

Based on the trailers I viewed and the film descriptions, these October releases look promising.

GHOST STORY - In this singular exploration of legacy, love, loss, and the enormity of existence, a recently deceased, white-sheeted ghost returns to his suburban home to try to reconnect with his bereft wife. (Available October 3rd on DVD) 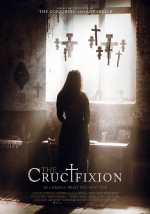 THE CRUCIFIXION  - Based on a true story, when a priest is jailed for the murder of a nun on whom he was performing an exorcism, an investigative journalist strives to determine whether he, in fact, murdered a mentally ill person, or if he lost the battle with a demonic presence. (Available October 6th on VOD) 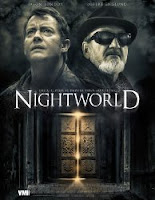 NIGHTWORLD - When Former LAPD Office, Brett Anderson takes a job as head of security at an old apartment building in Bulgaria’s capital, Sofia, he soon begins to experience a series of bizarre and terrifying events. Once he begins to delve deep into the building’s sinister history, and investigate its shadowy owners and past employees, Brett soon uncovers a malevolent force nestled deep in the bowels of the building in the basement that will do anything to be set free into our world. . .  (Available October 20th on VOD)

For other titles, please see http://horrorfreaknews.com/october-2017-horror-movie-release.
Posted by Lynn L. Clark at 09:06 No comments: