I had the pleasure last weekend of doing a book-signing at Brewed Awakenings in Kemptville, one of the local-area shops carrying my books. I enjoy these events because I have a chance to chat with people and to offer advice to aspiring writers, such as the young man pictured in this photo, who wants to write supernatural fiction. It's always a pleasure to meet someone who is interested in writing, and I hope I can provide them with some encouragement.

The novel I am signing in the photo is The Ghost Man, a supernatural thriller set in Ontario, Canada. It tells the story of Simon Guthrie, recently widowed and trying to come to terms with his new life after spending months in a hospital recuperating from a head injury. I did a lot of research when writing The Ghost Man, and it has elements of the classic ghost story, while also examining other subjects, including near-death experiences and passive mediums.

If you'd like to read an excerpt from the novel, please click here. The novel is available electronically as a Kindle Direct Publishing selection and in trade paperback format. For the relevant purchasing information, please visit http://www.mjmccann.com/buytheghostman.htm or click on the buy link to the right of your screen to order the KDP Select version.

For those of you who are also interested in reading about crime fiction, please see my blog The Overnight Bestseller  and my Goodreads blog Open Investigations.

To Tell the Truth: A Review of Stephen King's Joyland

For those of you reading this who are old enough to remember the television show To Tell the Truth, you will recall that it presented three people, all of whom claimed to be a particular person. The panelists then had to decide which one of the three was actually that person. At the end of the questioning by the panel, the announcer would say: "Will the
real . . . please stand up?" Sometimes I feel like asking this when I'm reading one of Stephen King's novels: "Will the real Stephen King please stand up?" I'm never quite sure whether I'll be reading a coming-of-age story (The Body;"Hearts in Atlantis); a bona fide ghost/vampire/horror novel ('Salem's Lot; Pet Sematary); a struggling survivors' novel (The Stand; Cell; Under the Dome); a more "realistic" novel dealing with themes of spousal and child abuse (Gerald's Game; Dolores Claiborne); or a hybrid of any of these types. With Stephen King's novels, you're always kept guessing which turn he will take next.

So it is with Joyland, which sounds from the title and its tagline "Who dares enter the Funhouse of Fear?" as if it would be a reprisal of many of King's horror spooks (such as Pennywise the clown) from other novels.  The novel was published under the imprint of Hard Case Crime books and so purports to be crime fiction, which it is, of a sort, as the protagonist Devin Jones tries to solve an old murder case when he takes on a summer job at a carnival. The novel is also a "ghost story", as various persons in the novel (but not the protagonist himself) see the ghost of a woman who was murdered in the House of Horrors at the carnival: one of a series of unsolved murders involving young women. There is also the element of a whodunit as the reader tries to guess the murderer.

But all of these elements are backdrops to a coming-of-age story written in prose that at times is almost lyrical and tells of love lost and found and of a special friendship with a young boy whose body is wasted by disease. King, as he often does, uses the story as social commentary while underscoring the unfairness of life in taking away from us in premature death the best among us. This could be a trite theme, but isn't because of King's ability to create characters with whom his readers can empathize.

So if you were expecting a straightforward crime fiction novel, remember this is Stephen King who is doing the writing...

For an interesting review of the novel by Max Winter in the Los Angeles Review of Books that recognizes King's ability to "foil" genre, please click here.
Posted by Michael J. McCann at 00:00 3 comments:

Send In the Clowns 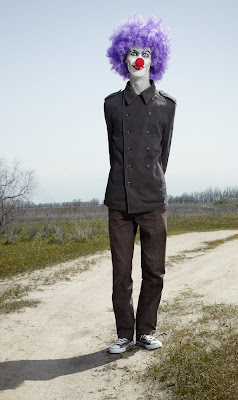 Anyone who has ever read or seen horror depictions of clowns can testify to the power of the clown as a figure of malevolence. To me, the clown has always been an ambivalent figure, more tragic than comic, but not usually downright scary. So I was interested to read an article on the history of the clown figure entitled "The History and Psychology of Clowns Being Scary".

The article traces the history of clowns from pagan times to the present day, noting the early clown was primarily a buffoon or mischievous imp. The image of the "tragic" clown is associated with Joseph Grimaldi in England, who was famous as a comic pantomime player on the London stage, known not only for his painted face but also his extreme physical comedy. Sadly, he had a tragic personal life and was also always in excruciating pain from his performances. His memoirs were edited by Charles Dickens, who did much to reinforce the tragedy behind the clown's mask and the image of an individual who would literally destroy himself to get a laugh.

A "sinister" figure behind the clown's face was Jean-Gaspard Debarau, known as Pierrot and famous for his pantomime and his clown's white face with red lips and black eyebrows. In real life, he killed a boy who ridiculed him, but was acquitted of his murder.

Later, in America, there were "hobo" clowns such as Emmett Kelly, who used slapstick humor for comedy but also expressed the underlying tragedy for the common man of the Great Depression (as did Charlie Chaplin, who isn't mentioned specifically in the article).

The article also references the deranged clown doll in Poltergeist (lampooned in The Simpsons' Halloween special); Stephen King's Pennywise in It; and Heath Ledger's depiction of the Joker, as well as various other permutations of the malevolent clown.

And, all clowning aside, these negative images of clowns have obviously been detrimental to the profession because "in the mid-2000s, articles began popping up in newspapers across the country lamenting the decline of attendees at clown conventions or at clowning workshop courses."

Of course, along the way there were some good clowns: think Bozo the Clown, for example. No, this isn't just a name you call someone who cuts you off in traffic: there actually was a beloved Bozo with his own television show, which most of us who grew up in the 60s watched faithfully.

And, as the Ringley Brothers' talent spotter (and former clown) indicates, "good clowns are always in shortage, and it’s good clowns who keep the art alive".


For the full text of this very engaging article, please click here.

The Vampires Among Us 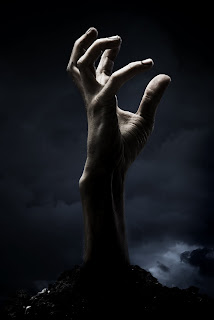 There's an ongoing fascination with vampires and the Undead in both horror literature and films, and I recently came across an interesting article from the Smithsonian Magazine that talks about real-life events that prompted the various vampire scares in history. Vampire scares usually began when someone died of a contagious disease. With our present knowledge of communicable diseases, we recognize what prompted the subsequent deaths. But in those days, when others started dying of the same sickness, people thought it was the result of the (Un)dead coming back to drain their blood.

The practice of digging up graves to destroy vampires is thought to have begun in eastern Europe, spreading to France and England in the 1700s and to rural New England (which had a high incidence of death by tuberculosis), especially Rhode Island, in the late 1800s. As the article notes: “Often the vampire-hunters were not disappointed when they pried open the graves: many natural signs of decay, like bloating and bleeding from various orifices, looked like evidence of midnight feasts.” The means of “destroying” the vampire varied according to region, but included staking, beheading, and burning. (Fans of Bram Stoker's Dracula will remember that Van Helsing used the first two methods to destroy the undead Lucy so that she could rest in peace.)

What is particularly interesting about the Smithsonian magazine article is that it lists numerous historical figures believed by their contemporaries to be vampires, along with the circumstances of their deaths.

There is also a related article on the New England vampire scare that you might like to check out. It makes for very interesting reading.